Evil, Death and The Resurrection 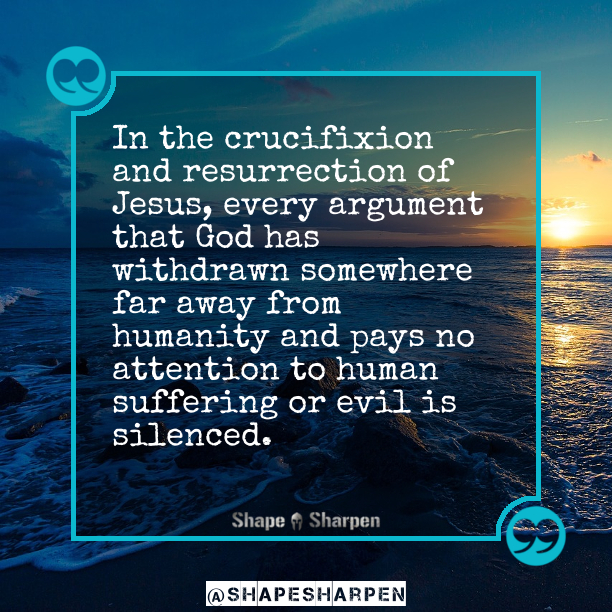 In the cross of Jesus we have our answer to the question, “Why doesn’t God do something about evil?” God did do something – something too astounding and powerful for the human mind to have imagined.

In the cross of Jesus we have our answer to the question, “Why doesn’t God do something about evil?”

Look at the One who was on the cross – Jesus. He is God incarnate, God with us. God, the sovereign creator of all the universe, the One who holds it all in the palm of His hand, became a man and walked among us.

Being by very nature God, He did what only God can do. He healed. He forgave. He did only what was good. He lived in perfect righteousness, fulfilling every iota of the Law. But being at the same time man, He also hungered. He thirsted. He worked. He cried. He suffered. He bled. And He died.

The worst suffering and the greatest evil this world has ever known was when Jesus, God in flesh, having lived in perfect righteousness every moment of His human life, was nailed to a Roman cross and crucified – the most evil of human tortures ever devised.

And in that crucifixion of Jesus, every argument that God has withdrawn somewhere far away from humanity and pays no attention to human suffering or evil is silenced.

And in that crucifixion of Jesus, every argument that God has withdrawn somewhere far away from humanity and pays no attention to human suffering or evil is silenced.

There was more going on in the crucifixion of Jesus than the physical torture inflicted on Him by the Roman soldiers. Yes, He was beaten. His beard was ripped from His face. A crown of thorns was driven into His skull. His skin and chunks of flesh were torn from His back by a cat of nine tails, exposing His internal organs. He was so cruelly tortured that He was barely recognizable. His hands and feet were nailed to the wooden pole. His suffocation as He hung from His hands was made only more unbearable by the excruciating pain of lifting Himself up on His nailed feet so that He could take a breath.

All of that, as significant as it all is, pales in comparison to the real agony of the cross.

Because as He hung there, experiencing the horror of all that physical torture, He endured the worst agony of all. He was enduring the full extent of God’s righteous anger against sinners and lawbreakers. Every evil, every theft, every murder, every rape, every act of adultery, battery and abuse, every selfish and manipulative thought and deed… it was all on Jesus. He took the place of sinners, bearing their guilt, and took their death penalty – the righteous for the unrighteous, facing the wrath and justice of God against evil on their behalf.

For our sake he made him to be sin who knew no sin, so that in him we might become the righteousness of God.
2 Corinthians 5:21

Had God truly withdrawn Himself from humanity and left us to endure the fruits of mankind’s evils, including our own, all the way to the bitter end of death and what awaits thereafter, what a dark and hopeless world this would be. Instead, God dealt with evil fully and victoriously by becoming a man – a human representative – and dying the death that God’s justice demanded. He settled the account in full.

God was not somewhere far off, looking the other way as evil ran rampant. No… He was personally closer to it than anyone can be. He took it, bore it, died for it, and buried it.

God was not somewhere far off, looking the other way as evil ran rampant. No… He was personally closer to it than anyone can be. He took it, bore it, died for it, and buried it.

And then He rose.

On this day, we celebrate the Resurrection. We remember and celebrate that Jesus not only suffered and died to take away our curse and our death penalty, but also rose from the dead in final victory over evil and death. Death is conquered, Jesus is alive.

While we await the fulfillment of His promised return and the final destruction of Satan, evil and darkness still linger for a time, awaiting their end. But for those who know and trust in Jesus, His death, His resurrection and His ascension to the throne from which he reigns supreme, there is not only darkness and hopelessness – though we are not untouched or unaffected by it. No, there is now a sunrise to look forward to. Because just as our Saviour rose and reigns forevermore, so also will everyone who trusts in Him be raised to eternal life, where we will only know joy and life that is for now unimaginable and unspeakable.

Why doesn’t He end it all now? We must we wait for His return? Why must suffering endure a little longer?

Because He is patient – patiently waiting for you, perhaps; giving opportunity for more sinners to repent and believe, and receive the salvation we all need and none deserve. Why do you wait? Come now, receive. Rejoice.

The Saviour has risen. 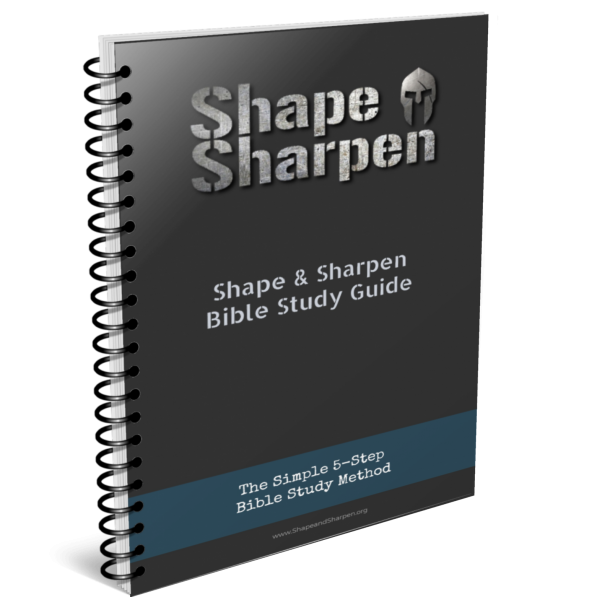